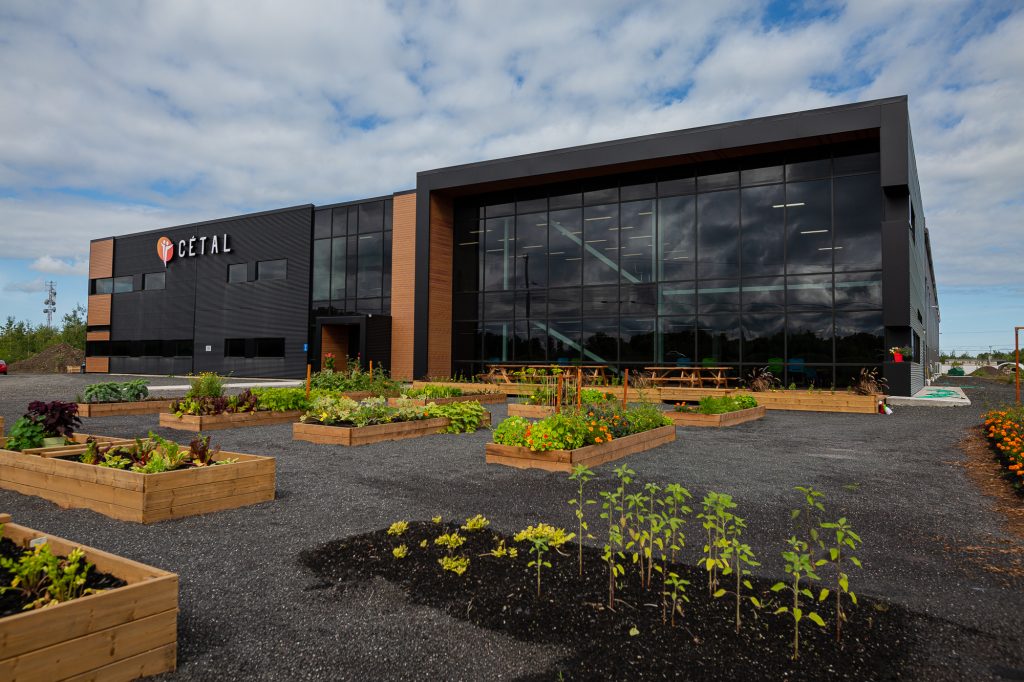 The company Cétal now has a brand new plant located on Chemin Olivier in Laurier-Station. The building, valued at $4M and boasting a total surface area of 50,000 square feet, was built by Honco Buildings. Work began in August 2018 and Cétal took possession of the building last April. To learn more about this project, we had a chat with the CEO of Cétal, Stéphane Levac.

The company’s top executive began by explaining that Cétal’s main mission consists of creating jobs for people with physical or cognitive limitations who are unable to find work in conventional companies.

“With this in mind, our mandate is to create an environment conducive to allowing our workers to develop work skills. That’s why we worked on the idea of constructing a new building, because we believed it would facilitate their learning process. We needed additional classrooms for times when we take employees off the production line and send them to different training sessions and job follow-ups. Different subjects are covered, including communication, budget and anxiety management – topics that allow employees to develop new skills and, in doing so, improve their connection to their work,” he explained. It’s important to note that one of Cétal’s priorities was to have a building that would promote well-being and comfort. To achieve this, air-conditioning, ventilation and lighting exceeding industry standards were used. “In terms of health and safety, it was important for us to provide an environment that would allow our employees to work safely. Moreover, we added equipment that boosts employee efficiency,” added Levac. 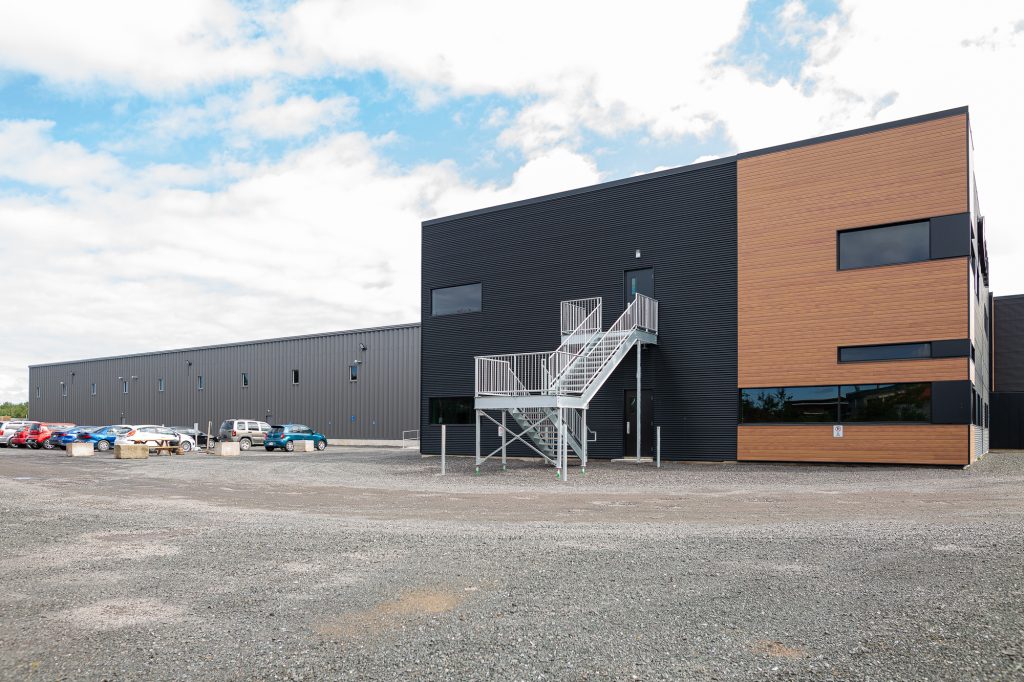 Cétal has grown over the last 15 years and workspace started to get tight. “We have about 120 full-time employees and our staff total adds up to 170 when part-timers are factored in. We wanted to be able to treat our employees right in terms of physical space. Before, two or three people shared a locker. Now, every employee has their own space. Moreover, the lack of space forced us to work out of two buildings. We had a 15,000 sq. ft. building and we had to rent an additional 20,000 sq. ft. space. The goal was to combine the two places under a single roof.” When their lease was up, the different options were analyzed and the board of directors recommended building a new structure. 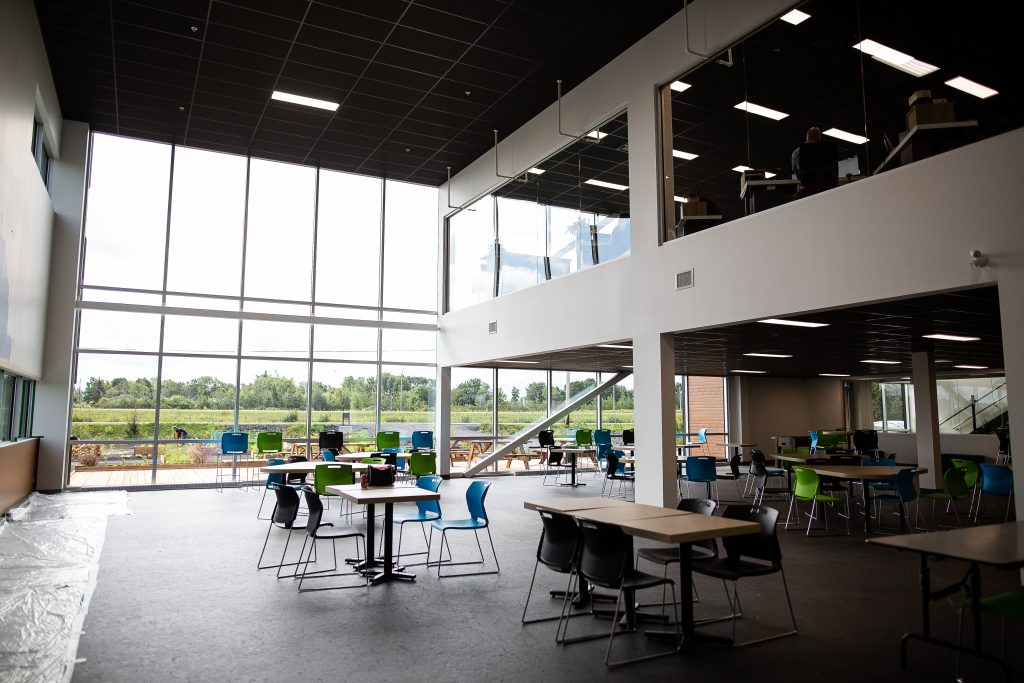 When asked how the organization proceeded in deciding what type of building to build, Levac said that the employees played a big role in the design of the building. “We sat down with them and listened to their needs. They wanted a larger, more convivial living space. They also wanted a music room. Following this discussion, we talked with designers and architects to have the building designed.” The living space includes a cafeteria in an area with many windows. “The non-work aspect is very important. We wanted to create a social environment. The staff is going to spend eight hours every day at work, so we might as well create a stimulating environment for them.” It should also be mentioned that the front of the building features a patio and garden.

Even though Cétal is a non-profit organization, according to the CEO, the company generates profits. “We have been profitable for several years now, which is why we were able to finance such a project. In addition, our building allows us to lease space to the Des Navigateurs School Board, which needed space. However, I should also point out that we managed to attract very valuable partners such as Desjardins, the Quebec Government and the municipality of Laurier-Station.”

Cétal issued a request for proposals to have its new plant built and Honco Buildings came out on top. “Their proposal really met our needs in terms of value for the money,” said Levac. He admitted that certain elements are always overlooked during a new build. “It’s impossible to think of everything. However, Honco was very open to discussion. When we had questions, we were able to sit down with them and settle the little details.”

Cétal owns 300,000 square feet of land on Rue Olivier in Laurier-Station. So a future collaboration between the company and Honco Steel Buildings could very well happen.

Because the construction of the project was spread out over nearly a year, social workers took advantage of the opportunity to ensure that workers would experience a smooth transition between the old and new buildings. “We have employees with autism spectrum disorder and even a blind staff member. They were able to share their concerns with the social workers before the move. When the employees started in the new workplace, they acclimated very well because their fears had dissipated and they had heard the project discussed on many occasions.”

Jorgé Richard has worked at Cétal for 10 years. He believes that the new work environment provides many advantages. “It’s a lot bigger and we can move around more easily. Also, the work stations are better adapted and safer. Finally, the ventilation is clearly superior compared to the old plant and the humidity is better controlled,” he mentioned. He also appreciates the entertainment features inside the building, with, among other things, a foosball table and a music room. “It creates sort of an oasis of peace. These additions allow employees to forge bonds and prove that we can also have fun at work. The new plant makes our work environment twice as positive.”

Even though he felt very comfortable at his former work location, Jorgé assured us that the transition went very smoothly. “It took me a few days to get acclimated. The social workers had prepared us for the changes mentally.” Nailing boards together and assembling boxes are some of the tasks Jorgé is responsible for at work. “I like my day labourer job. My tasks are suited to my abilities. I certainly can’t drag my feet, but I can work at my own pace,” mentioned this employee who plans to work for Cétal until retirement.

Cétal employees do a lot of industrial subcontracting work. The company fabricates pallets and shipping crates, does bagging and packaging work, and builds electrical harnesses for use in the assembly of transportation, industrial washing and ventilation equipment and in industrial coffee machines. 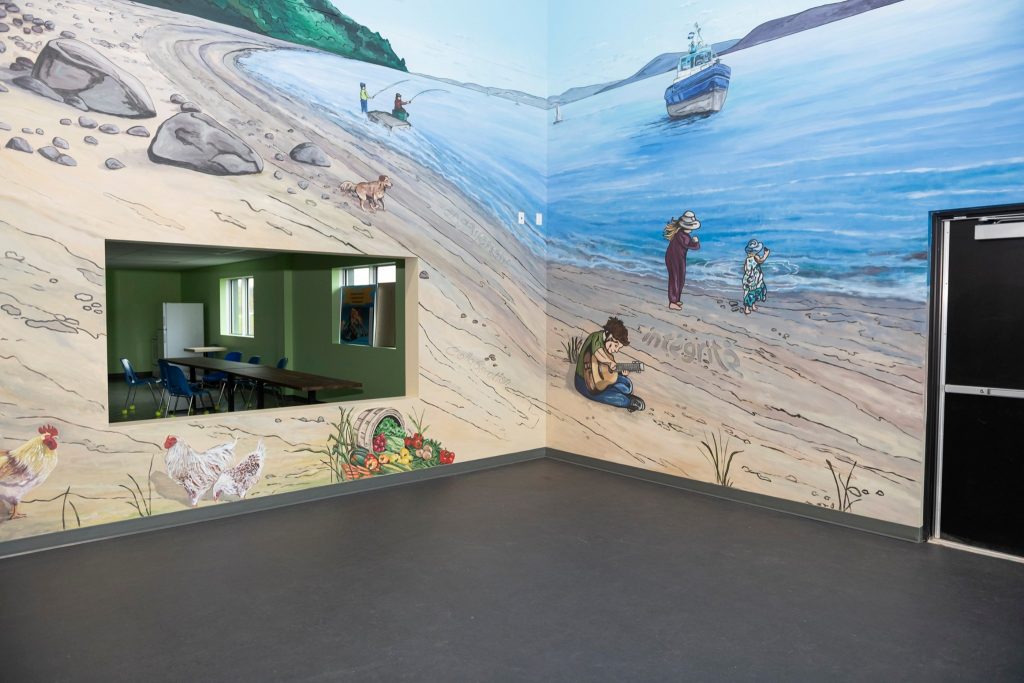 The artist Caroline Verville, a muralist with 15 years of experience, was tasked with bringing her artistic touch to the interior of the building. “Cétal’s CEO found my website and contacted me. After a few meetings with the board of directors, we agreed that the walls of the cafeteria and conference room should represent the Lotbinière region. Even though we had a basic theme, Cétal allowed me a good deal of freedom in terms of artistic expression. It was artistic heaven for me.”

Once the mandate was clarified, Verville took several photos of different places that offered potential for the project’s creative work. “I had to find a way to bring together all the beautiful spots in the Lotbinière region. That’s why I chose the peninsula of the Joly de Lotbinière Estate to inspire me. I tried to make a connection with the outdoors. That’s how I came up with the idea of making the walls come alive with animals, plants, hot-air balloons and characters.” The artist also demonstrated the breadth of her talent with the restrooms. “Because there are people with developmental disabilities at Cétal, it was important to clearly distinguish the men’s restrooms from the women’s. The style of the building is urban and modern and I wanted to bring this dimension to the restrooms,” she said.

Find out more about Cétal 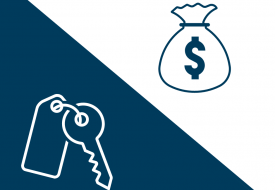 Renting or buying a commercial building: factors to consider

At one time or another, the question of renting or buying a commercial building presents itself to any entrepreneur.

Building for the Future with Honco

Increasingly, developers are concerned about environmental sustainability when building new commercial and industrial facilities, and their concern is two-fold: they seek efficiency of construction as well as superior building performance.